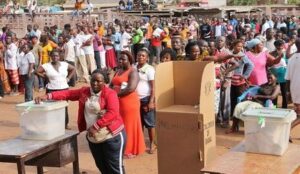 Elections in Africa have become ritualistic in nature as electrifying campaigns by various aspiring candidates break the monotony of the daily lives of citizens through theatrical rallies, colourful party posters and memorabilia, attention seeking media headlines and television coverage.

Beyond legitimizing leaders, elections on the continent have come to open up spaces and provide several opportunities for citizens to participate and engage in the democratic process. For a continent that has a checked history of being plagued with several dictators and authoritarian regimes, elections serve as an avenue for ordinary citizens to elect leaders of their choice and a means of holding them accountable for their deeds and misdeeds during their time in office. Instances where it is difficult to hold leaders to account during their administration, elections in Africa serves as the only platform for citizens to scrutinize the performance of duty bearers and an avenue for public debates which ensure the responsiveness of democratic governments to the will of the people.

The major game-changers beyond the usual debates along political party lines and ideologies, ethnicity and religious backgrounds, the issue of security, corruption, employment and the state of the economy in each country will impact the outcome of the elections.

In a chronological order, we present the top presidential elections to watch in Africa, issues at stake and predictions:

Togo will go to the polls on 22 February. The first to be held since presidential term limits were restored in 2019. Many observers see the polls as a window-dressing exercises aimed at legitimizing the status quo of maintaining the incumbent, President Faure Gnassingbé who has been in power since he took over from his father in 2005. He has consequently been reelected in the country’s 2010 and 2015 elections perpetuating the 50-year Eyadema family ruling dynasty.

The opposition party coalitions have staged demonstrations that sought to limit presidential terms, which often resulted in violent clashes with the police.

The main opposition boycotted legislative elections in December 2019 mainly because of concerns and dispute over term limits for presidents. The President’s Union for the Republic party which holds a majority in parliament went ahead to amend the constitution capping the presidential mandate to two five-year terms but does not apply retrospectively, meaning Gnassingbe can stand for the next two elections, in 2020 and 2025, despite having already served three terms since succeeding his late father 14 years ago.

The main opposition party in Togo, the National Alliance for Change has confirmed its leader, Jean Pierre Fabre as a candidate for the presidential election. Fabre contested in both the 2010 and 2015 elections and was runner-up in both elections. It is expected that Gnassingbe will win this elections as he uses government security machinery to shut down opposition and dissenting voices.

Burundi elections will be one of the busiest on the African elections calendar as it is set to hold a tripartite election made up of presidential, parliamentary and municipal elections scheduled for 20 May 2020.

Incumbent President Nkurunziza announced in December that he would not run for re-election. This is after leading the process for a referendum to change the constitution that would extend the presidential term to a limit of seven from the original two terms.

This election will therefore witness an open field of new entrants into the presidential race.

The Executive Secretary of Burundi’s main opposition, the National Council for Compliance with the Arusha Agreement (CNARED), Anicet Niyonkuru has been quoted as saying, “we will participate in elections slated for 2020 whether the political situation improves or not”.

The UN during its October 2019 Security Council meeting remarked that “The 2020 elections will be a critical milestone” for Burundi as it will indicate whether the country has fully recovered from the 2015 political crisis in the aftermath of what the opposition parties term as unconstitutional third term elections for Nkurunziza.

The last presidential election in 2015 was marked with violence and human rights violations with the opposition parties being at the receiving end of abuses including destruction of their properties. A repeat of this will probably lead to the elections being called off entirely or creating an environment where opposition voters will be afraid to participate in the process. Both scenarios will augur well for the ruling CNDD-FDD as it will serve as justification to hold on to power.

Burkina Faso held its first competitive democratic elections in 2015 after the 27year rule of former president Blaise Compaoré who was ousted after mass demonstrations in the country’s capital Ouagadougou. The current President Roch Marc Christian Kabore has declared his intentions to run for re-elections stating, “I have the right for two terms, I will thus be a candidate and citizens will decide.”

This election is earmarked as a key milestone in entrenching democratic principles in the country as it goes through its second presidential elections. But Burkina Faso is currently battling a spate terrorism attacks coordinated by Al Qaeda-affiliated jihadist groups. The president believes the security crises in the country is as a result of mismanagement of the Libyan crises which is still unresolved.

The IMF has credited the government of President Roch Marc Christian Kabore for the growth of the nations economy and fiscal discipline regime, which are as a result of sound reforms introduced by Kabore administration. But for the security crisis, Kabore would have been a clear winner in this election. He is still regarded as a breath of fresh air after the long rule of  Compaoré. A win will mean restrategising to manage the security issues to boost investors and tourists’ trust in the country.

Tanzania and Zanzibar will hold three-way elections presidential, parliamentary and local elections are due on 4 October. These elections will serve as a watershed to endorse performance of President John Pombe Magufuli and his ruling Chama Cha Mapinduzi (CCM) or will serve as validation of opposition party’s Chama cha Demokrasia na Maendeleo (Chadema) claims of intimidation and human rights abuses and the dictatorial tendencies of the administration.

Magufuli has been criticized for his abrasive reforms and in some instances be accused for embarking on authoritarian rule with Right’s group advocating for the government to review restrictive laws.

This comes at the heels of the government shutting down social media, harassment and disqualification of opposition leaders during the conduct of local elections in November 2019.

Magufuli is by far the most popular politician in Tanzania leading to a law-maker stating that the country should not waste resources in conducting an election since Magufuli will win by a significant margin and the resources should rather be used to embark on developmental projects.

Regardless of the alleged human rights abuses and international criticisms, citizens have credited Magufuli’s regime with the improvement in healthcare delivery; a marked increase in infrastructure development and a reduction in corruption.

Ivorian elections are usually characterized by fierce competition that has led to post-election standoffs, which caused a sharp rise in political tension and violence, resulting in many deaths and human rights abuses during the country’s 2010 election.

Over the years the country has risen above the political tensions and successfully conducted a peaceful and fair elections in 2015, which has resulted in political stability and a remarkable economic recovery.

Côte d’Ivoire is slated to go to the polls in October 2020 in a vote seen as a major test of stability for the country after two civil wars.

Ouattara’s key ally Henri Konan Bédié also a former president broke ranks with him to form a new alliance with another former President Laurent Gbagbo to contest in the 2020 elections.

There have been attempts by the 78year old Ouattara’s government to amend the constitution to impose age limits on presidential candidates that would prevent his main rivals, former presidents Laurent Gbagbo (will turn 75 in May) and Henri Konan Bedie (85), from running.

Another key contestant Guillaume Soro’s, a former ally of President Alassane Ouattara, attempt to run for the presidency has been thwarted when an arrest warrant was issued against him for allegations of “attempting to undermine the authority of the State and the integrity of the national territory and conspiracy against the authority of the State; concealment of misappropriation of public funds and money laundering”.

In the broader context, the country is still plagued with identity politics with a sharp division between the rich coastal south and poor northern Sahel region. Beyond this, the country still contends with security issues with the recent 2017 mutinies by soldiers which cast doubt on the government’s ability to control rank-and-file soldiers in the event of a contested election.

If Ouattara does not run and is successful in placing age limits on potential candidates, he is widely expected to back his prime minister, Amadou Gon Coulibaly, who without any clear competition will win the presidency.

Ghana has conducted 7 uninterrupted successful elections since the return to democracy in 1992. These have seen power change hands between the two dominant political parties, the National Democratic Congress (NDC) and the New Patriotic Party (NPP); making Ghana one of the few countries on the continent to consistently conduct peaceful, free and fair elections, leading to two peaceful political transitions and Ghana’s democracy being described as a beacon of hope in the West African Sub-Region.

The country will return to the polls in December 2020 in what has been described as first for a contest between a sitting President Nana Akufo-Addo and a former President John Mahama.

The Ghana elections is seen by observers as the “battle of the record” where Ghanaians will be given the opportunity to compare the two leading candidates based on the achievements during their four years in government.

This will be the third time the two leading candidates will be contesting each other. In 2012, when they first ran against each other, Mahama, 61, won. In 2016, Akufo-Addo, 75, won.

In the lead up to the elections, the Electoral Commission is in a contentious debate with some political parties about procuring a new Biometric Voter Management System as well as compile a new Voters Register for the 2020 general elections with the justification that the old register is bloated which will adversely impact the final outcome and the credibility of the election.

The margin of victory in Ghana elections is always very close. But the NDC in opposition has failed to adequately address or dispel allegations of corruption against its flagbearer and it is expected voters will be reminded of this come the campaign period. The Incumbent government is expected to scrap through with a very close victory based on better economic record and attempts at fighting corruption with the passage of an access to information law as well as appointing a special prosecutor to fight corruption. 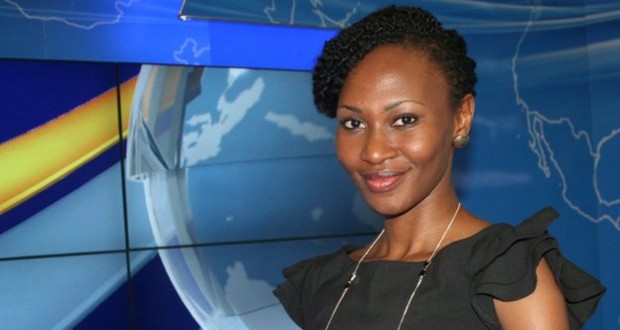 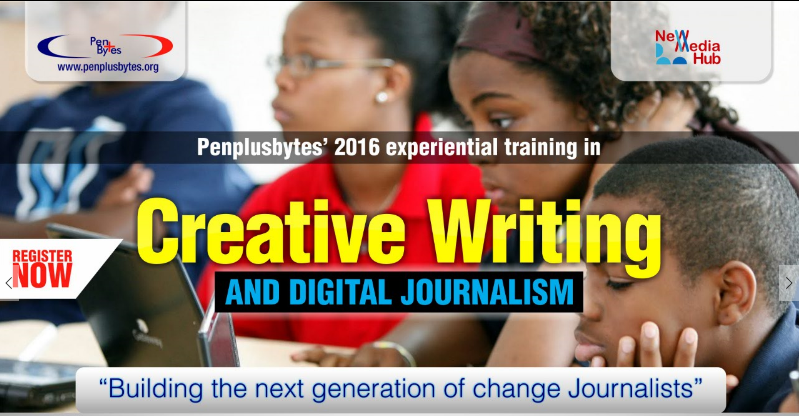 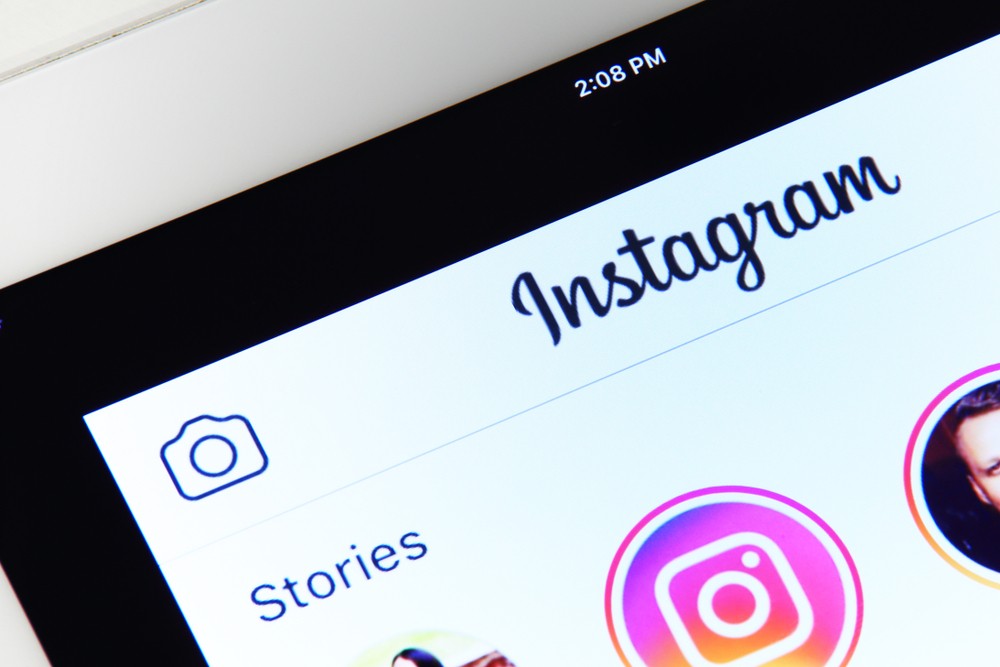 Instagram and Journalism- the trend and possibilities
In our fast-paced digital world, social networking is taking over as the primary way most…