Victory in Cameroon: after 94 days, the internet is back on

After 94 days of an internet shutdown that violated the human rights of millions of people, the government of Cameroon finally restored internet access in the Anglophone regions of the country.

“This victory is a testament to the persistence, resilience, and strength of the people and organizations fighting to stop internet shutdowns in Cameroon and around the world,” said Deji Olukotun, who leads Access Now’s “Keep It On” campaign to fight internet shutdowns. “We stand together with a unified message to world governments: shutdowns violate human rights, and they will not be tolerated. They cannot, and will not, become the new normal, for the people of Cameroon or anywhere else.”

The government of Cameroon in January ordered the disruption of the internet in the Southwest and Northwest administrative regions of the country following protests and unrest surrounding service delivery. The regions are home to more than 5 million people, where residents had protested discrimination against Anglophones, citing French-speaking administrators and judges ruling on cases even when they did not speak English.

“We’re still accounting for the damage this unilateral, malicious act has done to the people, students, entrepreneurs, activists, and family and friends in Cameroon’s Anglophone communities. For more than three months, no one took responsibility for this blatant human rights violation,” said Peter Micek, Global Policy and Counsel at Access Now. “Rather than celebrate, world leaders, telco CEOs, and authorities in Cameroon should reflect on what went wrong, and how to stop this kind of shutdown from ever happening again.

“For our part, we pledge to learn from this, and use the stronger networks and principles we’ve created to ensure an end to internet shutdowns globally,” added Micek.

A conservative estimate pegs economic losses from the shutdown at a minimum of U.S. $4.5 million, in a country with a per capita income of just $1,200. This does not account for losses due to disruptions of supply chains, lack of investor confidence, and human costs. Notoriously, the affected region was home to Cameroon’s “Silicon Mountain,” a technology hub which suddenly found itself without internet.

Access Now worked closely with Internet Without Borders and local partners in pressuring the government to turn the internet back on. Now that the shutdown has ended, telecom companies in Cameroon that were ordered to carry it out should acknowledge their role, publicly apologize to users, and pledge to work toward keeping the internet on as part of their responsibility to respect human rights. If they get compensation for the losses they incurred, they should consider sharing that compensation with the users.

The #KeepItOn Coalition is comprised of nearly 120 civil society organizations from 51 countries of which Penplusbytes is part. The campaign has succeeded in pressuring the U.N. Human Rights Council to “unequivocally condemn” internet shutdowns and to spur the African Commission on Human and Peoples’ Rights, a regional body, to speak out against intentional disruptions of the internet.

WHO concerned over COVID-19 impact on women, girls in Africa
Humanitarian crises, including health emergencies affect men and women differently. As COVID-19 continues to spread… 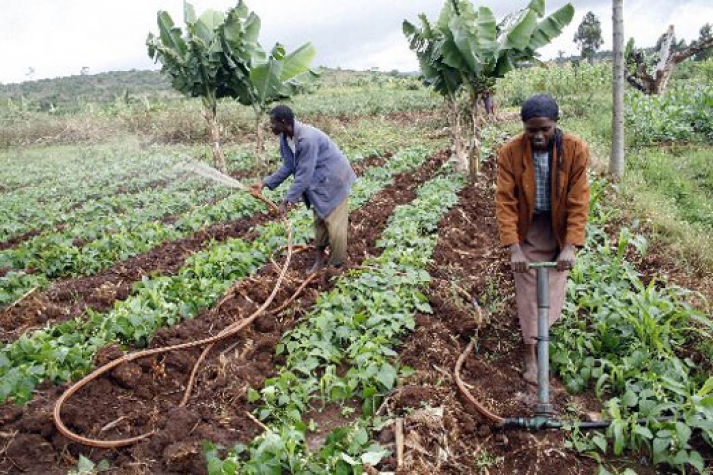