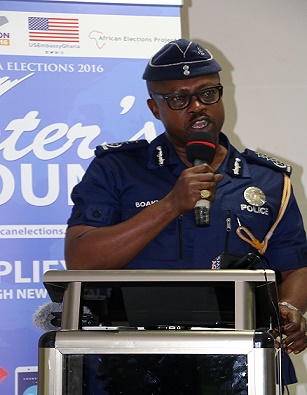 The Ashanti Regional Police Commander, COP Nathan Kofi Boakye has warned that the security agencies will not allow themselves to be used by any political party in the country to its advantage ahead of the December 7 polls.

He states that both the military and police have a core mandate to ensure peaceful polls and therefore indicates that political parties that are planning to use security establishments to ease their path to victory will be disappointed.

“Security agencies cannot win elections for any party. We have a duty to maintain law and order and ensure that the elections are peaceful without violence”, he said.

Speaking at a 3-day training workshop for selected journalists drawn from various parts of the country and organized by Penplusbytes with support from the US Embassy in Ghana and EIB Network, the police chief advised political parties who are yearning to be victorious to achieve that by dent of hard work.

He observed that the onus lies on parties desirous of taking over the reigns of governance in the country, to properly disseminate their policies and programmes to the electorate who are the core of the elections and will determine whether to go with such ideas or otherwise.

“Work hard to propagate policies and win on the ballot. Our duty as security agencies is to ensure peace prevails prior, during and after the elections. Anyone caught trying to flout the law by testing patience of the police will be dealt with accordingly”, he stressed.

COP Kofi Boakye suggested for workshops for both the police and journalists to work on the same wavelength in order to realize the harmony in the dissemination of information.

To this end, he called on journalists to act according to the ethics of their profession of, educating, informing and entertaining bearing in mind national interest urging all to avoid politicizing criminality at the polls.

“Violence and crime are not part politics and alien to the constitutionality of the country”, he concluded. 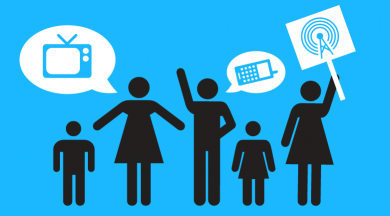 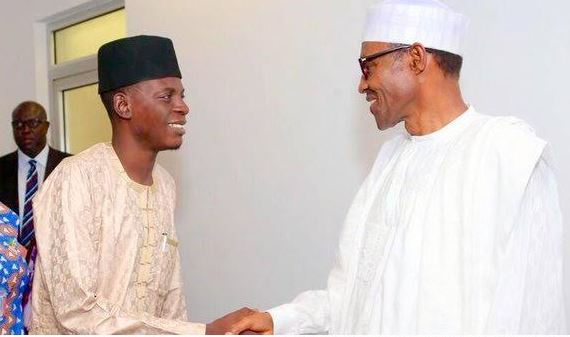