COVID-19 has to a large extent moved Ghana’s elections campaign from the usual mass rallies and offline canvassing channels to online and traditional media channels. With no clear laws and rules of engagement, Ghana’s electoral management bodies and regulators are left playing catch up as they chase political parties and their candidates and develop monitoring tools to help keep track of negative developments.

Generally, social media platform giants, Face book and twitter have led the way in dealing with what has become the misinformation disinfodemic. Building systems in place to flag or take down harmful content, they have managed to help countries reduce the weaponization of information and the harm that this causes especially to democratic processes.

In Ghana, it is evident that a truly peaceful election will benefit much from a systematic way of mining and monitoring the social media feeds. It is because of this, and the need for an inclusive election that Penplusbytes’ Flagship “All Media Tracking Centre” (AMTC) is set to roll out ahead of the December 7 polls. The AMTC which is an advanced version of Penplusbytes’ Social Media Tracking Centre (SMTC), is a machine -human collaboration that is set to monitor and respond in real-time to reports emanating from social media platforms, SMS, WhatsApp (chat.tipahya.org) and traditional news outlets.

The technology at the middle of the AMTC is the “Tipahya” (A Dagbani word which translates as “We are part”) software developed by Penplusbytes. Tipahya is able to present trends in chats and tweets grouped around the themes of the condition and state of voting logistics, election related violence, political party behaviours and utterances, voting day challenges etc. The AMTC algorithm helps the team of circa 50 volunteers and staff of Penplusbytes, to identify what is trending and to quickly detect possible election irregularities or instances of violence that warrant further attention; these reports are then categorized as incidents.

Incidents of these possible election irregularities, voting fraud, violence, etc. monitored by the centre during the elections will be communicated to the National Security Task Force, the Electoral Commission, elections observer groups among others. For example, where issues such as a lack of materials at a particular polling station, leading to long queues emerges; Penplusbytes will pass the information on to the EC for action in deploying or replacing the material. Through rapid citizen feedback, gathered through social media as well as reports from traditional media, problems that may trigger security incidents will be quickly reported and hopefully resolved, contributing to a peaceful election.

In running the AMTC, the volunteers, some of whom are software developers, techies and students, will work 72 hours in 12-hour shifts from Sunday December 6th till Tuesday December 8th 2020. They will work in four different teams: social media monitors, supervisors, verifiers and data analysts. This cycle will be repeated till the final results are announced and continued in the event of re-run of the elections.

According to the Executive Director of Penplusbytes and the AMTC Project lead, Juliet Amoah, “the concept of deploying a social media tracking center or its scaled up version, an all media tracking centre is not new to us. During 2012 and 2016 elections, Penplusbytes deployed the same initiative, which made the most concrete impact in Ghana experiencing a peaceful election as well as ensuring citizens’ voices around the elections were heard leading to ownership of the process and general acceptance of the final election outcome. The security forces and the international observer groups all acknowledged our contribution and it is documented in various post-election reports both in Ghana and elsewhere.”

The real-time data capturing ability of the centre will allow for up-to-the-moment reports to be distributed to relevant stakeholders including – the National Elections Security Task Force (NESTF), Ghana Police, The Coalition of Domestic Election Observers (CODEO), Electoral Commission, Ghana Journalist Association (GJA), West Africa Network for Peace building (WANEP), and the National Peace Council – of incidents taking place in different areas around the country at any one time. The technology will also store data for an in-depth post-election analysis of the various media platforms.

With support from the Star Ghana Foundation, this project is set to promote inclusive, peaceful, transparent and credible elections in Ghana and support effective and efficient information and knowledge exchange among relevant election stakeholders.

Nigeria Decides or Indecisive Nigeria? – A Comprehensive Analysis
By Juliet A. Amoah An Anti-Climax Nigeria is a country of many things, hugely successful… 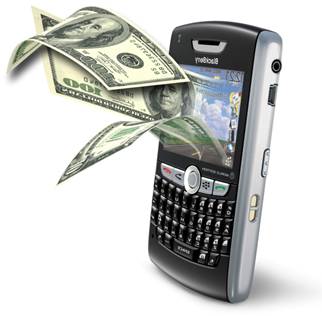 6th Accra Tech Salon to discuss the impact of Mobile Money and Technology in Ghana
Accra - On Thursday December 10, Penplusbytes will host the 6th Accra Technology Salon at…

“Voters compass”: where do you stand as a citizen on oil and gas issues?
To keep citizens informed and abreast with the policy positions and manifesto promises of the…