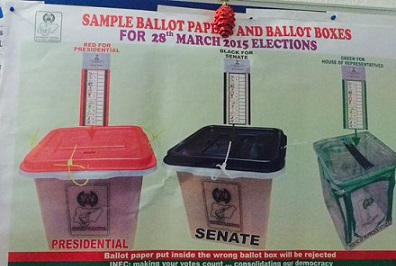 Recognizing the critical role played by the media during elections in facilitating participation by citizens, eliminating differential access by political parties to the public in particular, enabling voters to make informed choices and ensuring free and fair elections, the International Institute of ICT Journalism, Penplusbytes, through its African Elections Project (AEP) www.africanelections.org/ is committed to providing independent information through impartial coverage of major elections activities across Africa using ICTs.

With about 15 African elections to elect new presidents and national assemblies, scheduled for this calendar year (2015), Penplusbytes’ AEP has since January deployed it’s platforms to successfully cover elections in Zambia, Lesotho and Nigeria, currently, with plans underway to cover the Presidential and National Assembly elections in the Republic of Sudan on 2nd April 2015, and the April 15th, 2015 Presidential elections in Togo.

The elections in South Sudan will be its first post-independence elections and will, according to the Sudanese government, have 17 political parties participating.

In Togo, Faure Gnassingbe’s Rally for the Togolese People will face the strongest test yet since independence from the National Alliance for Change’s (ANC)’s 62-year-old Jean-Pierre Fabre. 8 opposition parties merged to form the ANC in their bid to wrestle power from the ruling RTP. The polls will mark the country’s 6th presidential election since the birth of democracy in the 1990s.

Though none is of least importance, the AEP will keep its prime focus in the coming days on the on the two presidential elections slated for April due to the unique opportunities and challenges they present to the peace and stability of the respective countries and Africa at large.

The AEP, established in 2008, has built for itself a reputation of working to empower journalists and other stakeholders to effectively cover elections using Information and Communication Technologies (ICTs) across the continent which has seen its work over the years in about 14 countries including Namibia, Ghana, Mauritania, Mozambique, Malawi and Togo, contributing to the transparency and credibility of the polls.

The media’s role in ensuring free and fair elections is indispensable. All over the world, the media has over time exhibited commitment to being a key player in fostering peace, equality and justice on the continent.

In addition to the AEP’s main website www.africanelections.org/ and the AEP blog, Penplusbytes has also deployed its social media platforms via Twitter Facebook to keep followers abreast with happenings on the elections front across Africa.

Penplusbytes is a leading organization in Africa, established in 2001 and working in 3 areas: the use of technology to drive governance and accountability, new media and innovations as well as oil, gas and mining.

African Elections Project (AEP) is coordinated by International Institute for ICT Journalism covering elections across the continent and serving as an Elections Information and Knowledge online portal.