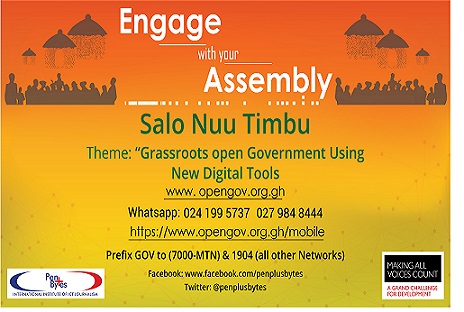 Without citizens participation in the local governance system, decision making process is left in the sole hands of few elected and unelected leaders. The absence of such a participatory approach is the bane for development and progress in society. In order to provide an effective solution to this challenge, Penplusbytes with support from Making All Voices Count (MAVC), is rolling out the “Grassroots Open Government Using New Digital Tools” project in the Ada East district of the Greater Accra region and in the Tamale Metropolitan Assembly.

To ensure greater uptake and buy-in by citizens, Penplusbytes will on 10th September, 2015 launch this project in Tamale, in the presence of Alhaji A.B.A Fuseini (MP), deputy regional minister; Abdul Hanan Gundado, Mayor of Tamale, and other dignitaries. The launch will also bring together members of parliament, assembly members, community members, opinion leaders, community based organisations (CBOs) and stakeholders in health, sanitation and education from the Tamale Metropolitan area. The launch comes in the heels of successful launch in Ada last August.

Penplusbytes through this project will make use of an integrated set of tested tools that include an interactive online platform http://opengov.org.gh/, integrated with Mobile app, SMS via Short codes 7000 for MTN and 1904 for all other networks (with each text preceded by GOV), Social media via Facebook https://www.facebook.com/penplusbytes and Twitter https://twitter.com/penplusbytes using #OpenGovgh hashtag, traditional media, and an information and knowledge management tool to enhance interaction between the local people and their authorities. Through these technologies, combined with face-to-face interventions such as public forums and community radio, the project is putting citizens at the center of the developmental process.

The project running from May 1st, 2015 to April 30th, 2016, is intended to enhance communication and information sharing between citizens and local government in two local government assemblies of Ghana; focusing on public service delivery; health, education and sanitation through a collaborative and integrated approach.

Part of the project’s implementation would see the simplifying of the development plan and budget of the Tamale Metropolitan Assembly; highlighting service delivery on health, sanitation and education as means to giving opportunity to citizens to participate in how resources are allocated for development are prudently utilized.

According to Director of Programs at Penplusbytes, Jerry Sam “This intervention will deliver on an Improved and well informed government actors on the nature, depth and quality of information demanded by citizens, using appropriate technology to achieve better communication and monitoring between them” He added that, the project will strengthen the engagement frameworks between citizens and governments in order for citizens to be at the center stage of effective monitoring of development projects and budget thereby closing the feedback loop. 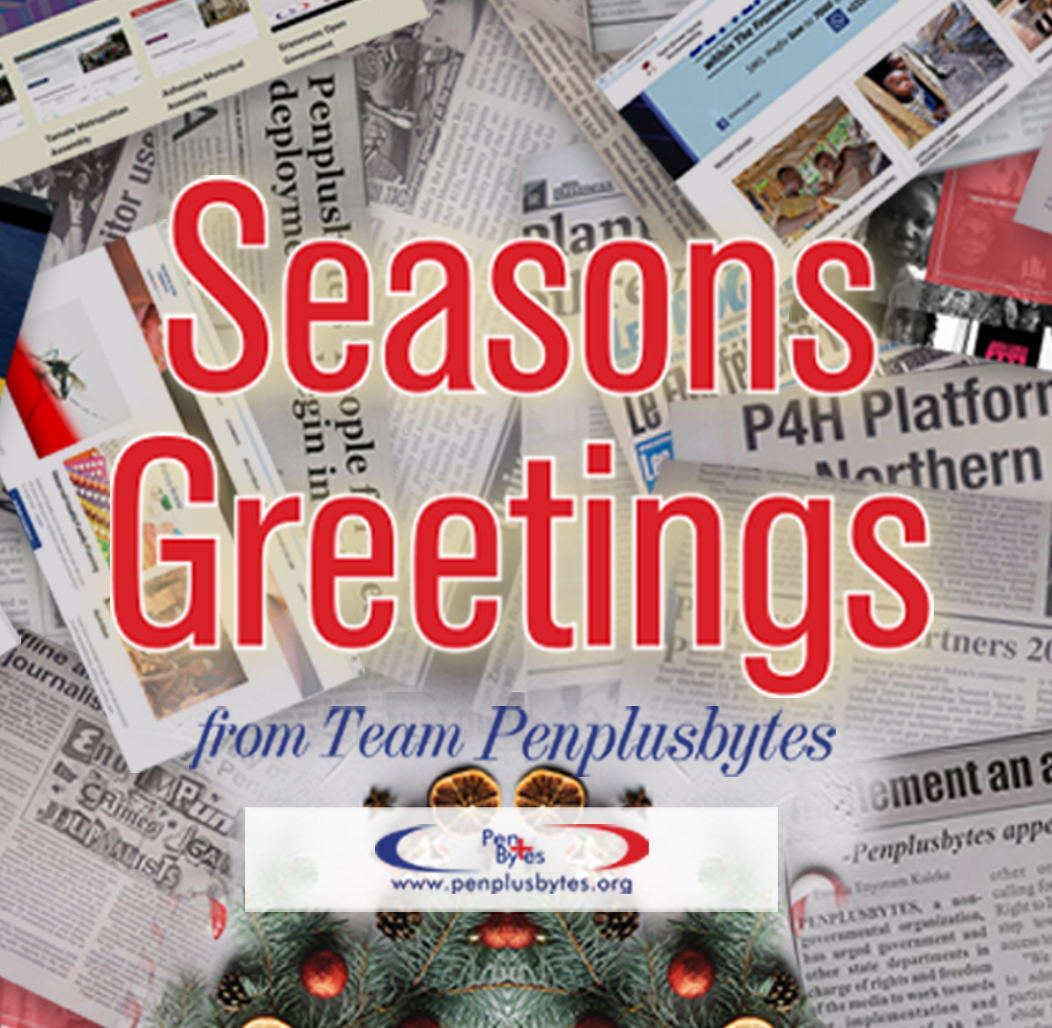 MERRY CHRISTMAS AND A BLISSFUL NEW YEAR FROM TEAM PENPLUSBYTES!!!
Thank you for making 2017 a great year for us. We are looking forward to…

Penplusbytes to hold Citizens’ Forum to Promote Grassroots Participation in Governance
Penplusbytes will, on Tuesday 21st November 2017, hold a citizens’ forum under its project “OpenGov…