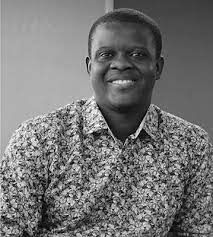 Paul Adepoju is a Nigeria-based Devex Contributing Reporter, academic, and author. He covers health and tech in Africa for leading local and international media outlets including CNN, Quartz, and The Guardian. He’s also the founder of healthnews.africa.

Adepoju discovered his interest in science at an early age. When he got to college, he decided to pursue a career as a scientist. There, he recognized that while fellow scientists would regularly read journals and newspapers, the science reporting they’d find was lacking due to a shortage of reporters on the ground.

“When newspapers want to publish science stories, I used to see them lifting stories from the New York Times,” he said, noting this was in place of their own research-based reporting.

Adepoju believes very few journalists work together with science professionals, which contributes to inaccurate reporting. He turned to a career in journalism to improve this; being both a scientist and journalist made him uniquely qualified to help bridge the gap he saw in the industry.

At one point in his career, Adepoju reported on the HIV crisis in Nigeria. With many outlets reporting on the issue, he made sure his story was deeply rooted in research. He worked with HIV programs that exposed him to the complex challenges and taboos that surround the issue.

Adepoju applied for an opportunity he discovered on IJNet in 2015 to freelance with Quartz. He has published stories for the business-focused news outlet about since being selected.

He views the opportunity at Quartz as a stepping stone in his career as a freelance journalist. Adepoju has since also published freelance stories, for example, in CNN, Nature Medicine and Devex.

Although science inspired Adepoju’s transition to journalism, he doesn’t want to be limited in the types of stories he tells. For instance, today he is interested in covering the youth arrest occurring in Nigeria and their mental health implications in the midst of widespread protests against police brutality, lack of government accountability and growing inequality.