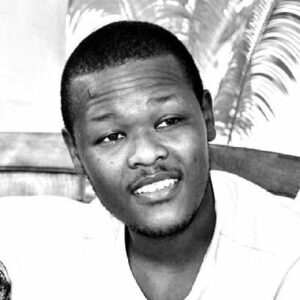 Dominic Kirui is a freelance journalist based in Nairobi, Kenya. His love for journalism started at the age of 10 when he began imitating news anchors and radio hosts. He continued to imitate them even at high school where he started a news bulletin with his friend who is also a journalist now.

He became a fully-trained journalist at the age of 27. Before becoming a full-time journalist, Kirui taught at his alma mater, Mount Kenya University and worked at a local radio station.

Kirui has worked as a freelance journalist since 2016, focusing on stories of human interest. Over the past six years, he has covered various topics including gender, climate change, access to clean water, politics, conflict, culture and food security in Kenya.

In an interview with ijnet.org, Kirui described money as being the greatest and biggest challenge to his career – that is having the finance to move around and get stories.

He advises upcoming journalists to not always focus on the money but the job and admonishes them to explore the freelance option because being a freelancer makes you think freely.