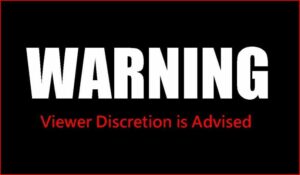 Exercising discretion on social media should be common sense, but people often fail to recognize the shock waves their behavior can produce.

We tend to view social media sites as safe havens to voice our frustrations concerning a particular person or issue, it’s easy to lose sight of the potential consequences of our actions on social media platforms. Still, lapses in judgement do happen, especially when we’re passionate about a given subject and feel safe from repercussion in our discourse.

I’d like to think that people appreciate it when a news anchor warns a viewing audience, “Caution, what we’re about to show you can be disturbing.”  Better yet, I’d like to think most of the time, people like it when an editorial decision is made not to air something because it’s too disturbing or perhaps even unethical to show it.

Unfortunately, social media platforms like Twitter, Facebook and especially WhatsApp don’t have that capability.  That means that questions of common sense, ethics and decency are left up to the person who is about to post something.  As a result, I have seen things that I not only wished I hadn’t seen, but I also get a headache wondering why someone would openly post such stuff without any consideration of others.

It’s important to remember that what you might view as a harmless post could have significant consequences. When we hit “send,” we’re not just voicing an opinion, we’re affecting lives and putting our reputation and careers on the line.

Controversial topics that can only lead to negative attention or combative exchanges are better discussed in private or left to yourself. The same applies to any compromising photos or posts.

Circulating pictures of dead people from an accident or crime scene (as in the case of recently deceased Ghanaian artiste, Ebony) does not in any way prevent such accidents from happening ever again or help show your sympathy to the bereaved. Videos of abuse and violence does not also put a halt to the act.

The practice is regrettably rampant on WhatsApp (individual contacts and group pages) than other social media sites in Ghana.

Facebook for instance, began in the latter part of 2014, placing warning messages over videos and photos which it deems to contain graphic images of violence that could “shock, offend and upset”.

It was confirmed by Facebook as a way to prevent potentially distressing videos from being viewed automatically. Previously such content would have auto-played on the site.

What is lacking however is the fact that the social network is appending the warnings only to content that is violent in nature, meaning that other explicit videos that may also offend are not covered by the warning.

Discretion isn’t tantamount to acceptance, and it doesn’t equate to compromising your integrity or shelving your pride.

Discretion consists of a mature and responsible approach to exercising good judgement based on the wisdom of your years and experiences – the knowledge you’ve gained through your life that has led to your success.

The next time you intend to hit “send” for that post/video/photo, be warned!!! Viewer Discretion is advised!!!